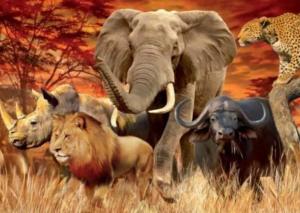 Loitoktok, the province of rift valley. The landscape of Amboseli is a, mostly, Savannah, stretching to the border with Tanzania.

Amboseli Park is famous primarily for the largest number of elephant herds in Africa, as well as magnificent views of Mount Kilimanjaro. Other members of the “big five” – leopard, lion, Buffalo and rhinos can also be found on a Safari in Amboseli. Giraffes, zebras, hyenas, cheetahs, antelope

the list of inhabitants Amboseli. The marshy areas of ambosel were chosen by hippos, pelicans and Egyptian geese. More than 600 species of birds live in Amboseli Park. 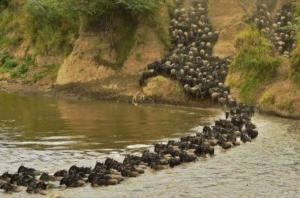 the Vast Valley of the Serengeti. The Masai Mara there is rolling meadows and pastures, habitat of The “big five” and the place where every year occurs

Supervista migration of wild animals in search of better pastures freely wanders between Kenya and Tanzania through the Mara River.

You cannot miss the field of view of giraffes, hyenas, antelopes, jackals, hippos and crocodiles. The great migration of animals takes place every year, starting in late July-early August, it continues until about mid-September.

Millions of wildebeests and zebras cross the Mara River from Kenya to Tanzania, but thousands of them are destined to flee Tanzania because alligators and crocodiles are on the lookout for their prey.

Maasai Mara, unlike other parks in Kenya, has the status of a reservation, so the traditional Maasai tribes (maasai) continue to live on the territory of Maasai Mara from the 17th century, preserving their lifestyle and traditions. 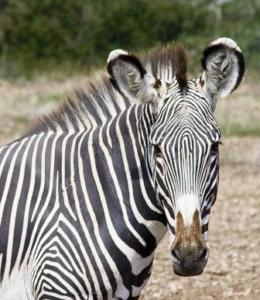 Samburu Park, unlike other parks in Kenya, is less crowded with tourists, but

Safari Kenipe this variety of animals so much more — you will come across as traditional lion, cheetah and leopard, and rare gerenuk, oryx and reticulated giraffe.

Special species — grevy’s Zebra, the largest and, alas, an endangered species of Zebra.

National parks East and West Tsavo are one of the following world’s largest national parks and cover 4% of Kenya’s territory.

East Tsavo (Tsavo east), the largest of the two parks, is located on an equal

distance between Nairobi, the capital of Kenya and Mombasa, the main city on the coast of the country. 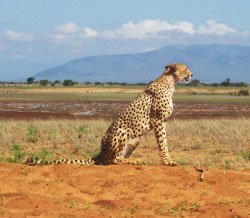 East Tsavo is a vast unspoilt area of dry Bush, a source of life for which are the sky-emerald waters of the Galana river.

It is on Safari in East Tsavo tourists can see the so-called «red elephants»,

Safari of Kenyan people is swimming and playing with each other in the Galana River or Tsavo lakes.

Another attraction of Tsavo East national Park — the Dam of Aruba (Aruba Dum), located on the Northern Bank of the river Voi, where thousands of animals come to watering.

West Tsavo is located in the South-East of Kenya, 240 km from Nairobi, along the West side of the Mombasa-Nairobi highway. 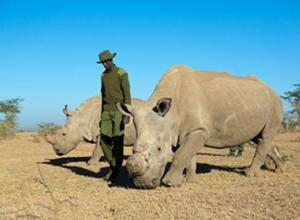 Safari in Kenyol Pejeta Conservancy a small but very interesting reserve, located 30 minutes drive from the city of Nanyuki, near Mount Kenya (mount Kenya). Small compared to other national parks in Kenya, the territory of the reserve allows for intense game drives and sees the maximum number of animals in a short time.

Among the animals of the Park – 2 species of zebras, reticular giraffe, various species antelope, elephants, white and black rhinos, lions, leopards, Oryx, Buffalo, jackals, baboons, and the only chimpanzees in Kenya.