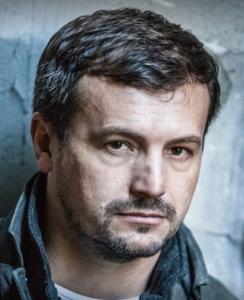 Friends, some time ago….(several years) on the expanses of a small island in the Asia-Pacific basin, I met a unique person and part-time, a famous restaurateur of St. Petersburg , as well as a participant in various delicious telling programs and just a good man, Alexander Zatulivetrov.

By the way, I recommend the restaurant Varvara, Skobary, bar Buterbrodsky, and a new project of Alexander for the guests of the city Hostel 40/96.

So what am I … .and Yes ))) and very recently he told me that he wanted to write an article about African cuisine. I could not help but take advantage of such a gorgeous moment and asked for permission to publish an article in my blog.

For a long time, the cuisine of Africa in General, and Kenyan in particular, was for me something mysterious, as if descended from the pages of adventure books. My imagination painted the brains of monkeys, turtles baked, raw snakes and huge crocodile steaks. And yet, somehow the meat, huge chunks of raw meat….

The first physical acquaintance with African cuisine rapidly destroyed the picture that excites my receptors in my head.

It happened back in the 90th year, and not in Africa, and in the capital’s district Matveevskoe, in the hostel MSUES. Fate in the form of a Deputy Dean and head of the hostel brought me to the “awesome three-bedroom” (room for three), the next bed is occupied by a Ugandan Hassan Wasswa Sendagire and Kenyan Mandimba Michael.

The height of perestroika did not allow portraying legibility in food, so I readily began to study the cuisine of Central Africa “live”. 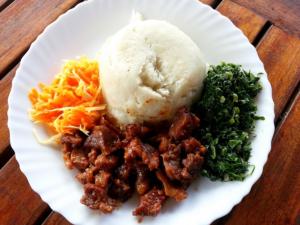 Of all the variety of dishes I remember two – Ugali, a strange kind of pudding of semolina, which my African friends used instead of bread or even instead of a spoon, promptly crushing a dense porridge, like dough in fancy scoops and chicken “))))))))))))”, which was a great addition to this very Ugali.

The chicken was stewed for a long time in a mixture of a huge amount of butter, tomato and peanut paste and seasoned with spices. Even now I understand that this dish, like many others, appeared in Kenya thanks to Indian entrepreneurs who found themselves in Kenya a little over a century ago.

It was in the 1990s of the 19th century that the ancestors of today’s prosperous Indian community of Kenya first set foot on African land in the port of Mombasa to build one of the continent’s great Railways, the Ugandan railway.

Despite the fact that this railway was immediately crossed by the “crazy line” because of the high cost and the dangers that builders faced every day, years later it also organically joined the life of the country, stretching to Uganda, as well as the Indian community of 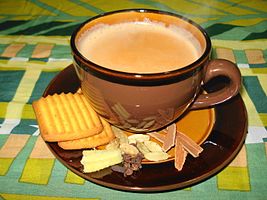 builders, bringing with it its way of life, its customs and its cuisine.

If we consider that all the dishes that I cooked Michael should drink tea, brewed milk (Hello, the British), it became clear that not interested in this kitchen is impossible. Because Kenyan cuisine is a kind of prototype of culinary Esperanto.

Kenya’s cuisine can be divided into three main groups. 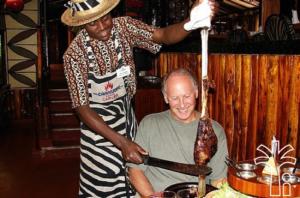 Street food, which locals attach great importance – because the food for the Kenyans is not a special cult, and there is always a wish.

Traditional cuisine, intricately linking the traditions of entire continents not only recipes, 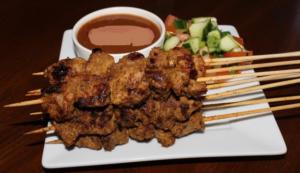 And finally, the tourist cuisine, which contains the most exotic dishes, combinations, and that the average Kenyan sees as often as a resident of Novosibirsk.

Let’s take a little tour of these areas. To then, during a visit to Kenya is not surprised to see the menu shish kebab, or, conversely, not seeing 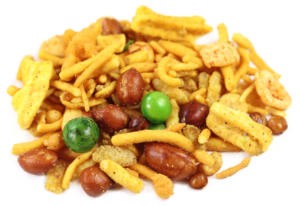 there monkey brains in batter.

As in the rest of the world, meat dishes on fire are very popular.

Samosad. Oh, Yes, the real samosa, a dish that shows the influence of India on the country, little triangular deep-fried envelopes with spicy meat or vegetables inside. 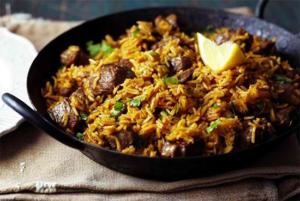 And of course, hot chips, usually covered with clear amber sauces resembling Asian sweet chili or tomato sauce. Chips are served with a set of different herbs, different composition at different times of the year.

Spicy banana chips, part of the infernal mixture sold throughout Kenya. In supermarkets and street markets, they are sold as part of “chevdo” (also known as Bombai Mix), which consists of deep-fried noodles of chickpeas flour, peanuts, spices, lentils. As an addition to the traditional beer “TUSKER” — especially good.

The average Kenyan resident eats rice, potatoes, maize, beef, chicken or goat. As you can see, nothing exotic.

Basic foods are: corn meal (we are with you, thanks to Michael, we know now it is called Ugali (dish) or unga (like safari kawarazaki) and Fig. Charcoal is usually served as a white dense digested porridge, suitable for dipping into a stew or turning into an improvised spoon when you eat with your hands. Rice can be served in different ways, but it is usually cooked rice. 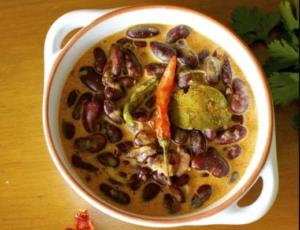 On special occasions, such as weddings and holidays, simple rice turns into a wonderful fragrant mountain, shimmering with different colors and filled with spices (saffron, turmeric and Cayenne pepper), as well as nuts and dried fruits. This festive food Kenyans call … correctly pilaf (pilau).

Here’s another example of food migration.

Stews are mainly served for lunch and dinner.

Known as vegetarian options, like maharagwe (a delicious stew of beans with onions, tomatoes and spices) or meat, usually goat meat.  Serves the same dishes with ugali and are a cross between a soup and a second dish. What in the Caucasus and Central Asia is called no less strange name “sauce”.

You can also pay attention to “mataha” — a widespread national Kenyan dish consisting of legumes (peas, beans), potatoes and corn. Sometimes meat is added to this dish. The consistency is a thick paste, pretty well saturated. 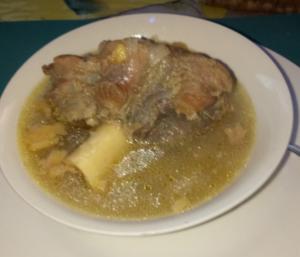 The most popular soup can be called “Bon Soup” — the soup of the Shin bone safarikenyakorovs. Rich broth with Indian spices and rice is famous for its nutritional value, it is often prescribed in Kenyan hospitals as a means of restoring strength.

Very popular in Kenyan families “Sukuma wiki”, a dish whose name translates from Swahili as”enough for a week.”

This is braised goat meat with onions, tomatoes and Kale – a new favorite of Russian chefs. Kale, or curly cabbage, like many vegetables, grows throughout Kenya and is found in most gardens. Usually it is prepared in a giant container, confirming the name of the portion volume.

Another vegetable dish with a true African name, popular with vegetarians, is “Kachumbari” – a salad of chopped tomato, onion and chili. It is interesting geographical movement of this dish. In Kenya, it came from India, having lost one ingredient on the road – cucumber. In India , this salad is known as “Kachumber”, which is tomato, chili and onion spicy salsa. Do I need to explain who showed the Indians this salad and named it after the main ingredient – cucumber (“cucumber” in English)?

Sometimes, instead (or together) with Ugali to stewed dishes served chapati – so bread lovers will not be deprived.

On holidays with pilaf in the menu of local residents can found “Nyama Choma”. By the way, in Swahili it means burnt meat! But in fact it’s just a barbecue, which is made from goat, beef or chicken. Other meat dish can be called “eggbread” – spring rolls (Hello, 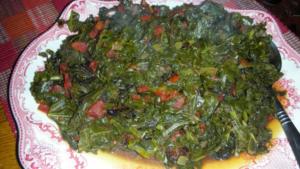 English), including meat and eggs, “shish kebab” (here I do not know who hi-pass) — the Kenyan version of the kebab.

In addition to national dishes, there are those in Kenya that are characteristic of a particular tribe or region. From a gastronomic point of view, Swahili cuisine will seem the most interesting. It is based on tamarind and coconuts. In the Luo tribe, you can enjoy the taste of grilled tilapia fish with charcoal.

The traditional dish for the Kikuyu tribe is considered to be the Mario-stew of potatoes, corn and peas.

Speaking of Kenyan cuisine, it is impossible to ignore seafood. In Kenya’s coastal areas, fish dishes are the mainstay. Here you can try, for example, a stew of octopus, fried Nile perch or trout, various crustaceans and shellfish, fish wrapped in banana leaves and baked on the coals, salad prepared with the addition of algae. 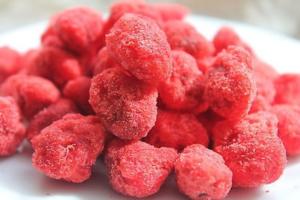 From the traditional and unusual sweets of Kenya can be identified “mabuyu”, which is the seed of baobab, covered with red sugar syrup-worthy sweetness that can be found in almost any market in East Africa. In addition, Kenyans have a weakness for biscuits, and produce a huge number of products from it with African flavor. For example, there is a very interesting taste large macaroon “biskuti ya nazi” (cookies with coconut macaroon).

Here your gastronomic experiences will be limited only by a purse.  Local craftsmen are happy to offer you a soup of turtles, which is served directly in the shell, Zebra meat, crocodile, ostrich, giraffe, warthog and other wildlife. Lovers of such attractions can advise the restaurant “Karnivore” in Nairobi. All yours are going there.

As our little excursion showed, the cuisine of Kenya is a intricately intertwined customs, recipes and dishes of a large number of countries. This means that everyone who came to the country will be able to surprise themselves with something new, and on the other hand, do not stay hungry in the vast vast national parks of Kenya. 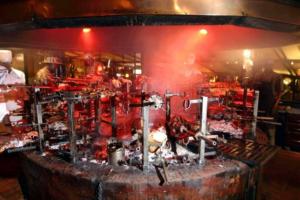 I once again Express my Gratitude to Alexander Zatulivetrov for such an interesting article and for the opportunity to publish it in my blog.

All my Kenyan friends, girlfriends, partners and restaurants in the place where I live know that my favorite dishes are Bon soup with chapati and fried or stewed mbuzi.

Well, to be honest ))) Tusker Beer and cider Tusker