I wrote nothing for a long time ))

At the request of my friend Igor, the owner’s group in FB “where wants to play” try for you to do a series of posts about my beloved Kenya.

Many of us believe that Africa is scary, it is a poor continent populated by beggars and bandits.  So what is Africa?

Africa is a vast continent, with rich and poor countries alike. By the way, the cost of hotels does not depend on poverty or wealth of the country. For an example … absolutely poor Somalia … mired in tribal wars… the cost of hotels in Mogadishu just rolls over… at least $ 200 a day.

So what am I))), Yes, about Africa … this different culture, different languages, Africa this hell mixture of Portugal, France, Arabia, of England, India, plus still what their tribal tradition. Africa is full of tribes. In Kenya, for example, there are 42 tribes (the ruling Kikuyu tribe). Well that happened ))) after the departure of the British, as they very quickly hastened … and took power. (They had worked very closely with them before.)

By the way, is still in Kenya for the bride is given dowry in the calves)), 4 to 20 calves depending on the tribe the bride. 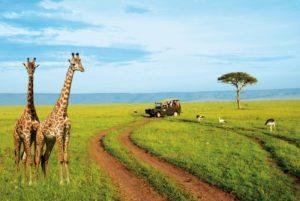 So, what about Kenya for me…

When I land in Nairobi from an international flight ….I feel like I’m going home. This is not real energy. It is the spirit of liberty. This is pure energy of nature… primordial as being.

Africa and Kenya in particular ….these are the origins we all came from (for me personally)